Celebrating A Legacy of Research and Conservation 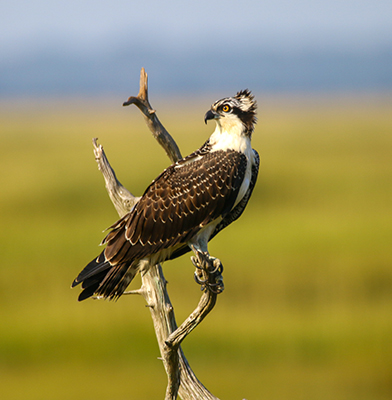 As our year of celebrations for the 50th Anniversary comes to a close, it’s fitting to reflect upon the remarkable legacy of research and conservation that underpins the impact of The Wetlands Institute. During the conceptualization of The Wetlands Institute and for all the years since, the critical need for the generation of knowledge about the bays, tidal creeks, and wetlands has been at the forefront of our mission. In the early days, the role of wetlands as a life-support system for fisheries, migratory birds, and storm protection was largely unknown. As development, dredging, and infilling accelerated, very wise people began to realize the importance of our coastal ecosystems, but glaring gaps about our understanding of them became apparent. Fortunately, so many great scientists and leaders of the conservation movement were among the founders and board of The Wetlands Institute.

Herbert Mills forged a great relationship with Lehigh University, making The Wetlands Institute a hub of scientific research as a field station for faculty and the training of graduate students for 15 years. The research spanned subjects including water and sediment movements in the bays and tidal creeks, sediment infilling rates, biological inventories of the marshes and creeks including seminal work documenting the fisheries here. There were extensive studies of the chemical composition of the sediments, studies on the heron and gull colonies, comprehensive models of current dynamics, projects on shellfish and fish, and such far-reaching topics as the impact of wood-boring worms on marine infrastructure. Later, Dr. Roger Wood, as the recipient of a faculty fellowship, would launch his work on diamondback terrapins and help cement The Wetlands Institute as a national leader in terrapin research and conservation. Joe Jacobs, Brooke Worth, Mark Pokras, Anne and Joan Galli, Dan Klem and so many others undertook important studies of birds. They included crucial work documenting Osprey numbers and the impacts of DDT on their survival long before they were protected. The Wetlands Institute staff and affiliated scientists were instrumental in documenting the locations and numbers of several at-risk and ultimately protected species of coastal birds including Piping Plovers and Red Knots, and for years, Wetlands Institute staff worked closely with the NJDEP to monitor colonial nesting birds at Stone Harbor Point. Tedor Whitman followed in the footsteps of Brooke Worth some 30 years later, documenting songbirds in our area using mist nets both at TWI and in the Stone Harbor Bird Sanctuary.

These are just a very few examples of the type of research that has been foundational to the impact that The Wetlands Institute has made. As we look ahead to a strong future in research and conservation, these early works are taking on more and more importance. As scientists, our ability to document change relies on detailed records of conditions in the past. The Wetlands Institute, thanks to the tireless work of so many before us, is extremely well positioned to take on a leadership role studying, preserving, and conserving these marshes and coastal ecosystems now and well into our future. 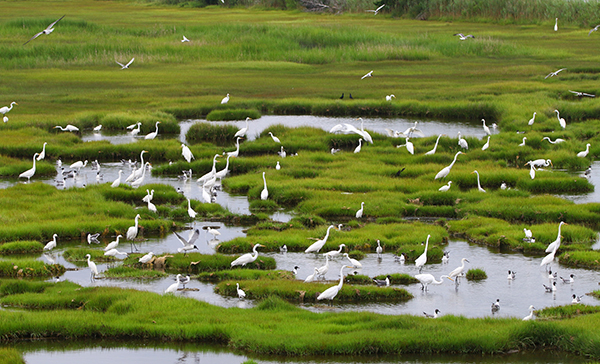