A Visit to the Enchanted Isles: TWI’s Excursion to a Nature Lover’s Paradise 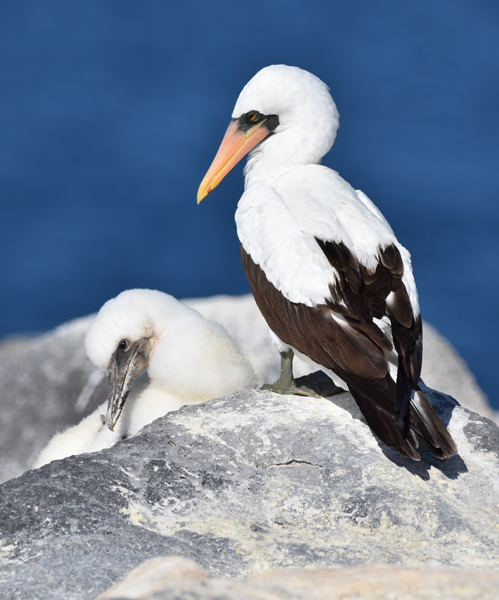 Just weeks before the world changed so dramatically, Dr. Lisa Ferguson and I had the privilege of hosting a trip of exploration and discovery to Ecuador, the Galápagos, and Peru. We were joined on our sold-out trip by 19 fellow explorers and friends of the Institute, and all had the experience of a lifetime. The people in our independent-minded group met up from far and wide for 8 days aboard the 109’ luxury motor yacht Coral I. We spent each day exploring different islands and their wildlife. The Galápagos is a fascinating place. The islands owe their birth to volcanic eruptions that gradually built them off the seafloor in a majestic chain with each island a different age. Our voyage began with the oldest islands of the eastern Galápagos and worked to the central “middle-aged” islands. Age dominates each island’s character, and in turn, helps determine what wildlife live there. The wildlife is phenomenal with the inhabiting species “finding their way” to the Galápagos largely on natural rafts and carried by currents from the South American mainland. Once they arrived, the ancestral species rapidly adjusted to their strange new world and many developed remarkable adaptations to evolve into species found nowhere else on Earth. This was Darwin’s laboratory. What he witnessed here ultimately led to his theory of evolution by natural selection. The Galápagos remains a natural laboratory for the study of evolution because it is so apparent, with dramatic differences in species from island to island.

We were treated to daily expeditions to spectacular locations. Each morning we would awaken to a new island, a new viewscape, and new experiences. We traveled to shore in small boats called pangas, each with a knowledgeable and dedicated guide. Most landings were “wet” landings on a beach. We set off on foot in small groups to explore landscapes like nowhere else on Earth and among wildlife that have no fear of humans. At every location, we were the only group. The number of people allowed at each stop is carefully controlled by the Galápagos National Park Authority. The entire archipelago is protected with 97% of the land mass designated as a National Park, and it is surrounded by a vast marine sanctuary. Human habitation is restricted to the remaining 3%. Galápagos guides and naturalists are native to the islands and serve as park rangers and stewards of this precious resource. They are independent from the travel companies and therefore able to help ensure that ecotourism works to sustain and protect this treasure without exerting damaging pressure on it.

The historical impact of people on the islands has been significant. Introduced species have caused great harm to the ecosystems, and hunting decimated populations of some animals, notably the giant tortoises from which Galápagos gets its name. We learned of the extraordinary efforts to eradicate feral goats that were released on the islands to provide a source of meat to mariners. These goats decimated native plants, nearly stripping some islands bare and heavily impacting the giant tortoises. On other islands, the introduction of rats and free-roaming cats has had dire consequences to ground-nesting birds and defenseless iguanas and lizards that are heavily preyed upon by these introduced animals. While we were worlds away from home, we were reminded that these conservation challenges are also significant management issues for us. Our beach-nesting birds face similar threats including predation by free-roaming cats and other unnatural predators. The people of the Galápagos chose to preserve and protect their native species and it has made all the difference. The protection of our own native species depends on us making this choice as well, and I hope we will. You can check out our Galápagos photo diary, and we hope to share our adventure in a lecture with you soon.