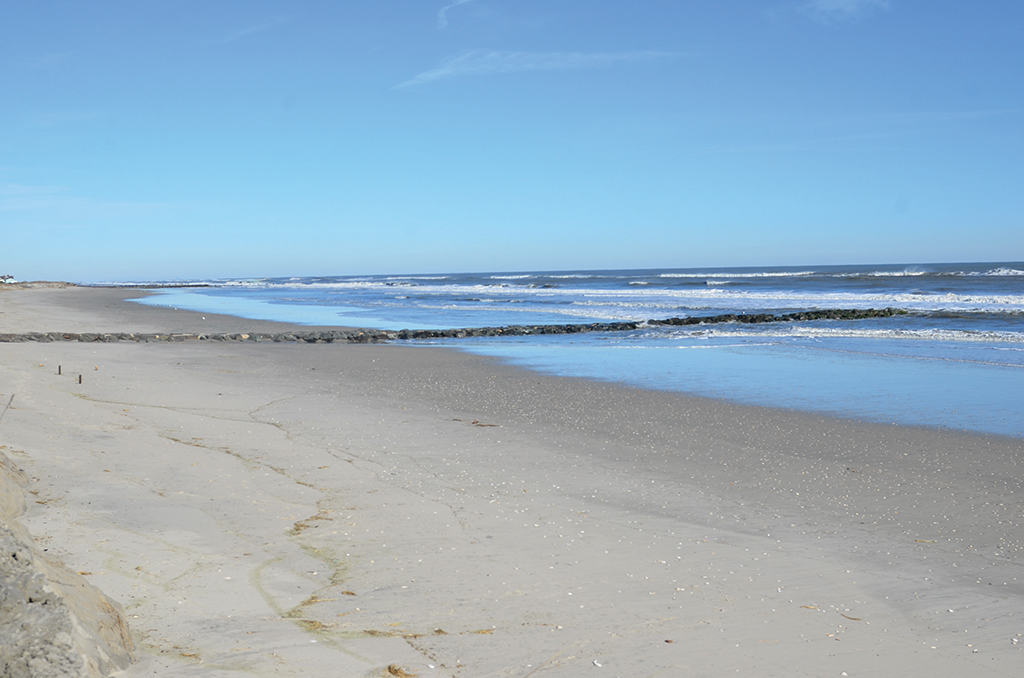 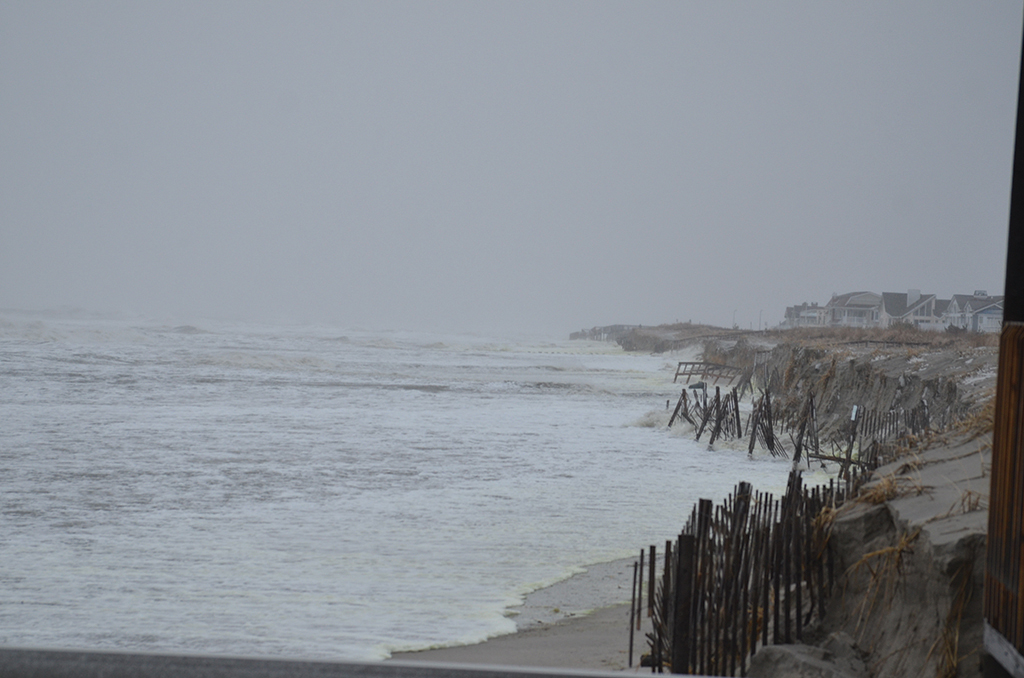 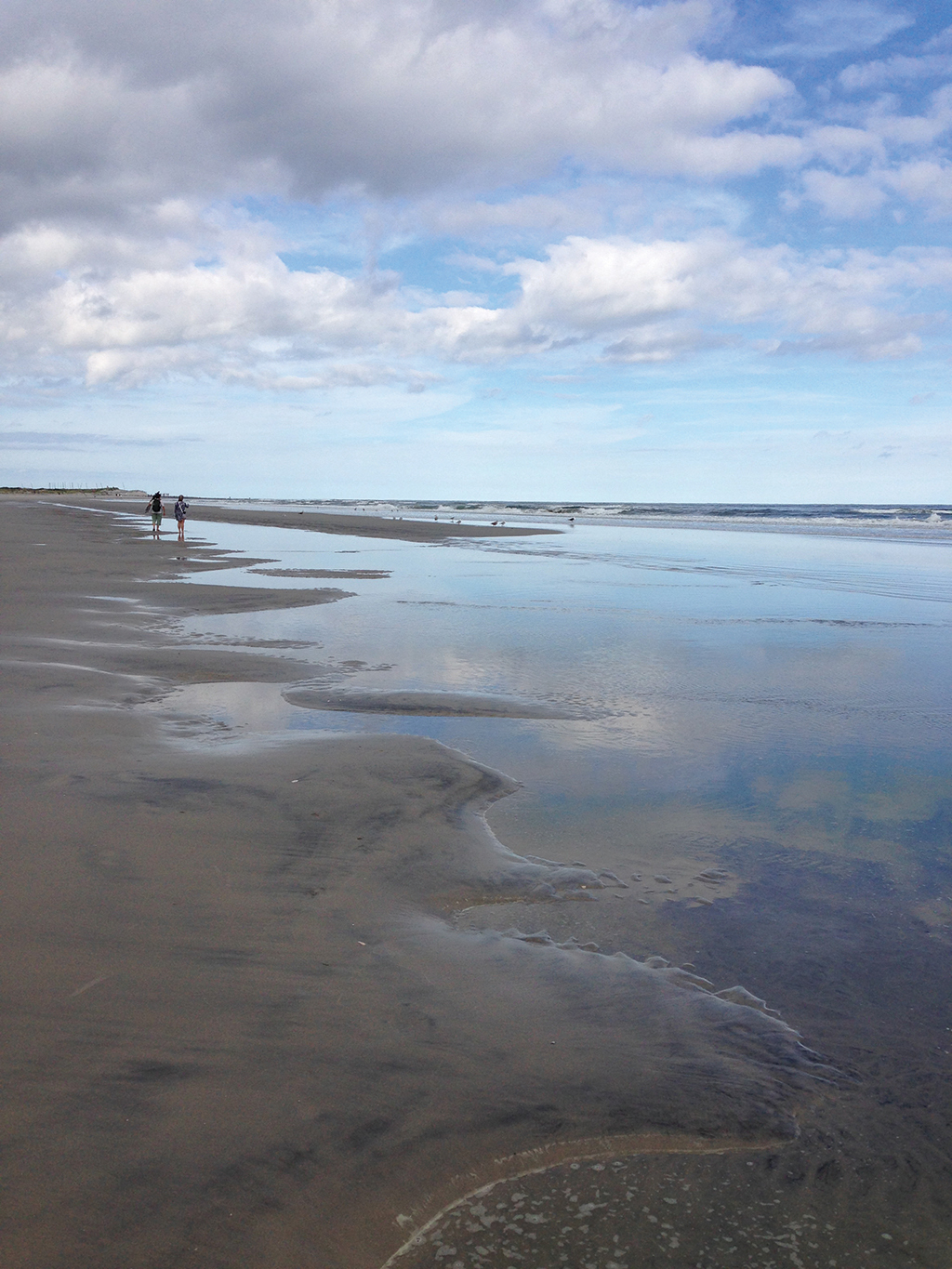 One of the main attractions of the shore is its beaches. They drive our love for this area and are a keystone of the shore economy. If you spend time exploring the beach, you will notice the dramatic changes that take place there. Beaches have a seasonal rhythm.

The beach is a marker of sea level; think of it as zero elevation. It makes sense when you are measuring the height of a mountain relative to it, but gets a lot trickier when you factor in the tides. This variability in the level of the water (tides) and the energy of the waves (seasonal and storms) means that the actual beach face is highly dynamic and constantly changing.

Wave energy is responsible for moving sand on the beach and it moves sand both onshore and offshore depending on wave energy. The higher the wave, the stronger the wave energy. During the winter, larger waves take sand from the beach. The beach is steeper but the sand isn’t gone – it’s stored in bars just offshore of the beach. It is common to have a series of sand bars separated by deeper troughs sitting just offshore. You can see them when waves break on them even though they are submerged.

During the spring and summer, when waves are gentle, the beach rebuilds itself. The sand bars and troughs move back onto the beach and the gentle wave swash pushes the sand up onto the beach. Breezes blow the finer sand into the dunes where vegetation traps it. Summer beaches are wide and relatively flat and the bars and shallow pools make great places for kids to play. The bars are constantly moving so that it is unlikely that they will be just where you remember them. As sand moves onshore and offshore, it also moves to the south. Thus, rather than a zig zag pattern of sand moving on and off the beach, it is more of a sawtooth pattern, with sand moving offshore and south, and then back onshore even further south.
This is the repeatable rhythm of our beaches. Narrow and steep beaches in the winter, and wide gently sloping beaches in the summer.
But, superimposed on this regular rhythm of the seasons, is the change caused by major storms. During storms, the intense waves push water higher onto the beaches and erode sand from the beach and dunes. The beach works to protect itself by creating a broad sloping ramp to spread wave energy. Sand from the beach and dunes is again moved offshore into bars. These bars however, are usually further offshore than the normal winter bars and can take longer to move back on to the beaches. During particularly large storms, beach sand can also be pushed inland. When storm energy has time to reorganize the beach to the configuration that matches current sea level and energy – she does.