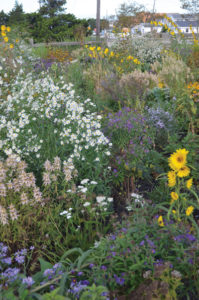 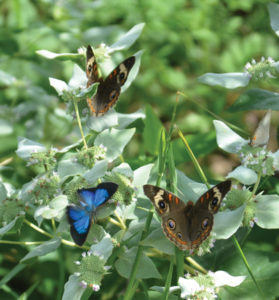 The triangle near 118th Street and 3rd Avenue in Stone Harbor has been transformed into an oasis for butterflies, songbirds, hummingbirds, and pollinators of all types thanks to a collaboration between the Borough of Stone Harbor and The Wetlands Institute.

This summer, I reported on the May planting and here’s an update. The native perennial plants are doing remarkably well and by August, the site was a blaze of colors. The site is heavily utilized by butterflies with early surveys indicating more than 15 species of butterflies. The specific area was selected because it is along an important migration route for Monarchs and quickly became a major site for Monarchs. We built it – and they came!