The Celebration of a Milestone 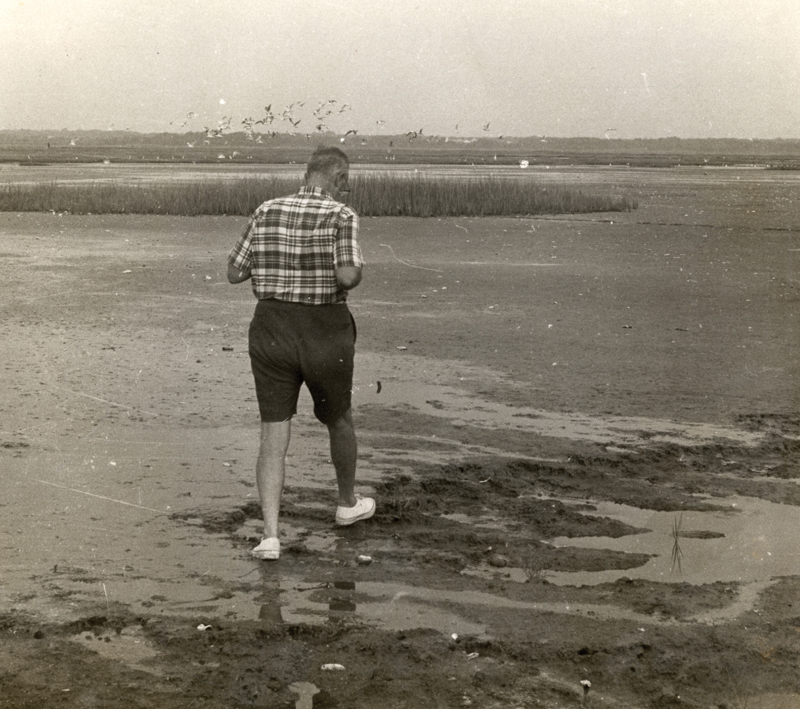 Over the past few years, the staff have been accumulating and archiving as much of the early history of the Institute as we can and we plan to share that history over the course of the next year. It has been remarkable to learn about the incredible vision – and amount of work – that went into preserving and protecting these marshes. We are so grateful to those before us who archived some of this material and especially to Herbert Mills’ daughter, Sallie Mills Oberg, for sending me a box of incredibly important documents last month.

Anne Galli, former employee, director, and
board member of The Wetlands Institute,
sharing her passion for wetlands.

The chief driver of this vision was Herbert Mills and the World Wildlife Fund. Herb was the Executive Director of the World Wildlife Fund, US beginning in November, 1966. He introduced the New Jersey Wetlands acquisition project to the WWF Executive Committee in October, 1967 and the project was unanimously approved by the WWF board in December, 1967. At the time, Mills and others were dismayed by the largescale loss of wetlands to development and filling. WWF launched this project because “it was an important matter that the US government might not get around to before it’s too late”. By December, 1971, Mills reported to WWF that the land acquisition program costs were $756,905 for approximately 5,000 acres. This equates to more the $4.9 million in today’s terms. These lands and the remaining land acquisitions were transferred to the State of New Jersey for the creation of the Cape May Wetlands Conservation Area with the exception of a 35 acre parcel. When the WWF made its substantial purchases of wetlands in southern NJ, it agreed with the New Jersey Department of Conservation and Economic Development that it would sponsor an education and research institute devoted to shallow ocean and estuary studies. The South Jersey Wetlands Institute was incorporated on February 7, 1969. WWF transferred 35 acres of the purchased land for the design and construction of the new Institute.
Herbert Mills, in a September 11, 1971 speech before the Stone Harbor Realty Owners Association reminded us that he felt strongly about “preserving this great area for our children and grandchildren – not only for economic and recreational reasons, but for aesthetic and cultural reasons”. With the land purchase, Mills went on to point out that all of us are the beneficiaries of this action – open space dedicated in perpetuity to the people of New Jersey, local residents, and those who summer here.

Truer words may not have been spoken. As we embark on this year of reflection and celebration, we will continue to remind our friends and supporters that they are the beneficiaries of the great vision of the founders. Stay tuned and look for opportunities to help us preserve our future too.