We’ve Secured These Marshes, Now is the Time to Secure Our Future 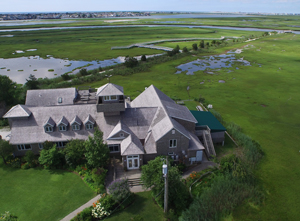 Fifty years ago, the founding of The Wetlands Institute marked a milestone in the history of the conservation movement. In 1969, Herbert Mills and the World Wildlife Fund (WWF) made a stand for wetland protection on a national stage, and they did it here in South Jersey. Mills, then WWF Executive Director, sought to draw attention to the dramatic loss of wetlands he was witnessing and the threat that loss posed to society. Mills and his colleagues noted the dramatic decline in commercial and recreational fisheries, the increase in water pollution, and the loss of important services that wetlands provide to communities. He wrote frequently of the values of coastal marshes for the protection of communities in coastal storms, and in a 1968 article, he documented the role of our wetlands for averting flood damage to the community from a recent storm. Mills was a visionary who was way ahead of his time. He was talking about coastal resiliency, a term now in widespread use following the devastation of Superstorm Sandy, but largely not a recognized benefit before then. 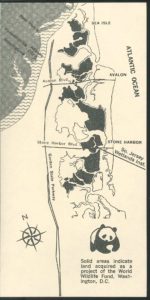 Mills set upon a several year effort to use private funding to acquire more than 5,000 acres of marshland with the intent of preserving it in perpetuity. His success was dramatic and the initial acquisitions covered more than 10 square miles and extended throughout the back bays from Sea Isle to Wildwood and from the barrier islands to the mainland. The land acquisition costs exceeded $4.9 million, when converted to 2019 values. These early founders of The Wetlands Institute protected our environment and preserved our heritage. Mills then embarked on a mission to create a coastal research and education center, forever changing the history of Seven Mile Island, the State of New Jersey, and the region. We are all beneficiaries of their work.

Every season, every day since, The Wetlands Institute has worked to fulfill that founding vision, as a force for research, conservation and education. Along the way, we have been honored to have many people provide their vision, time, and talents to this enterprise. Mills preserved this land. Lehigh University and many scientists since conduct important research to understand and preserve these ecosystems. Cindy O’Connor dramatically expanded the physical campus and our reach in education and ecotourism. So many supporters along the way made it all possible.

Today, the threats facing wetland ecosystems are different than in decades past, but they have never been greater – and the work of the Institute never more essential. For five decades, The Wetlands Institute has been working to preserve and protect our wetlands and teaching about the beauty and wonders of these amazing ecosystems so that others will embrace the need to preserve and protect them as well. 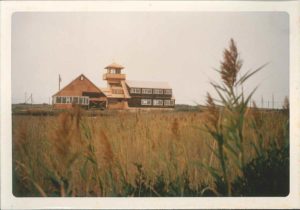 As we celebrate 50 years of remarkable achievement, we look forward to the next 50 years and seek to secure that future. In honor of our anniversary, The Wetlands Institute is launching a 50th Anniversary Endowment Campaign to ensure that this work will continue for generations to come.