The Wetlands Institute is proud to call Conserve Wildlife Foundation of New Jersey our partner on a few recent research and conservation projects.  We plan to uphold that relationship by continuing to work together to promote stewardship of wetlands and coastal ecosystems.

“The final results are in and it was a banner year for piping plovers in New Jersey.  Statewide, our piping plovers produced an average of 1.39 fledglings per pair – one of the highest rates recorded since monitoring began several decades ago.  Those results couldn’t have come at a better time.  Fledgling rates had been poor the past several years and at just 108 pairs the breeding population is still extremely low.  Because piping plover chicks often return to the same general area where they were born when they are ready to breed, the hope is that this year’s success will help grow the state’s population in the next several years.” 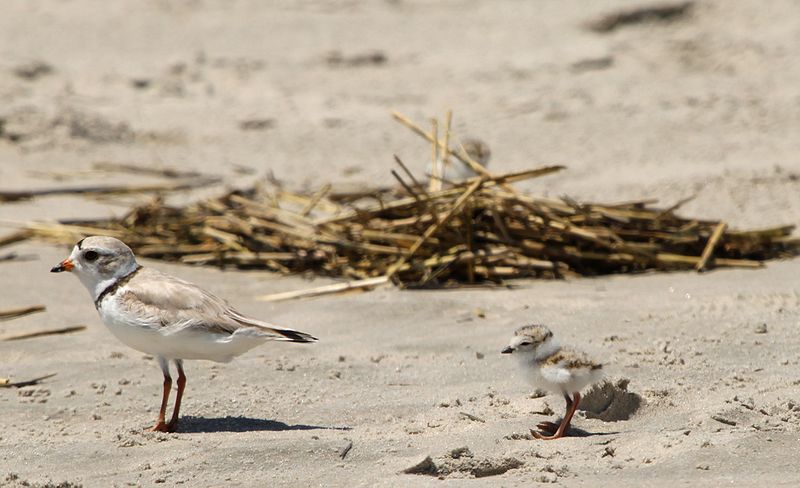 A piping plover parent and chick.