A Bird’s Eye View of the Meadows in Action 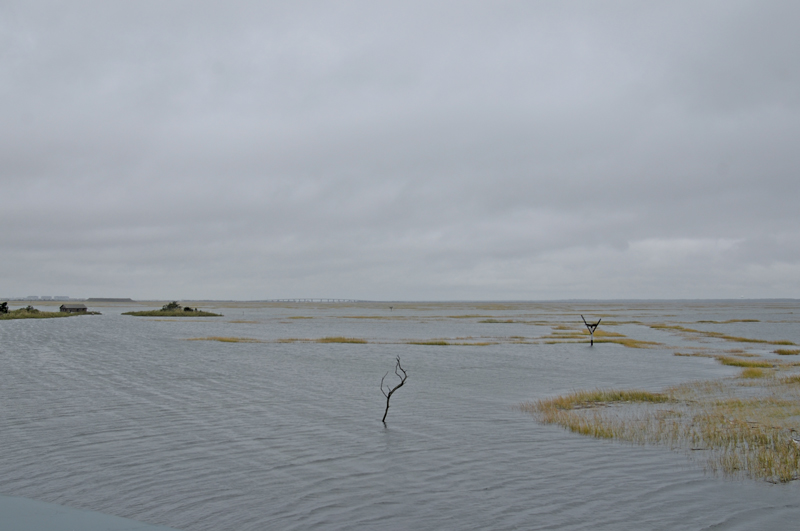 The Jersey Shore and much of the Atlantic Coast from New York to the Carolinas was battered by heavy winds and catastrophic rain for most of the first week of October. Gale force winds blew from the northeast for more than five days and storm tides filled the marshes and back bays. During high tides for several days, the marsh grasses were invisible, and the first time visitor could mistake the marshes for open bays. These storm tides were added onto higher than normal tides that were related to the full moon on September 27th and 28th. The combination of astronomical high tides and storm tides resulted in the marsh being deeply flooded for more than nine days for several hours around each high tide.
An added benefit of the cameras is that they allowed viewers to see how the marshes were doing and track the early October storms from wherever they were. The cameras were extensively used during the storm. In fact, we had more than 9,700 visits to the livecam web page over that four day period. We are pleased to be able to provide this service to our community.

Lots of folks were wondering how the birds fared. Most hunkered down and waited the storm out. We are in the midst of the great fall migration and for most birds, the migration was interrupted and began again in earnest after the storm passed. The same is true for the monarch butterflies. 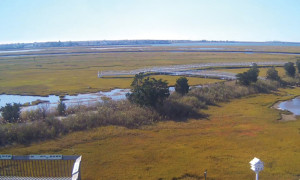 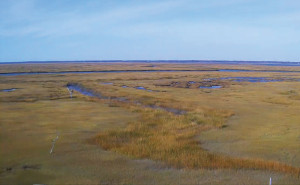 As I look over the marshes in the golden fall beauty, I am thankful for the services the marshes provide. Once again, the marshes did their job – and did it well, absorbing billions of gallons of flood waters and dampening waves. As I sat in my office, day after day, listening to the winds buffeting the building and watching the marsh become part of the bay, I gave thanks to Herbert Mills and his visionary leadership, for preserving these marshes for our well-being.

The new cameras allow you to enjoy the majesty of the marshes from wherever you are. Check them out!