“A new report Wednesday (12/1/10) by state and national environmental groups touted an idea that New Jersey embraced several years ago: the Atlantic Ocean has a bounty of offshore wind energy.

The first national leases for offshore wind were awarded to Cape Wind in Massachusetts during a signing ceremony in Atlantic City in October.

Read more of this article by clicking here. 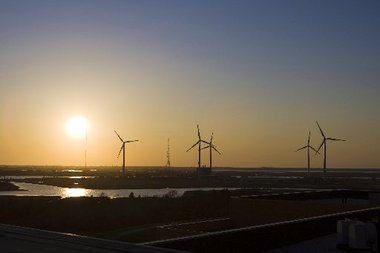