reTURNing the Favor for Horseshoe Crabs 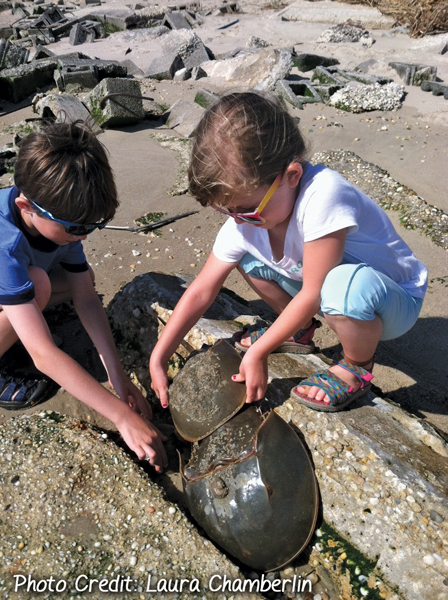 The reTURN the Favor program works to make the beaches of New Jersey safer for the thousands of horseshoe crabs that spawn annually between May and July on the Delaware Bayshore. Many of these crabs die by becoming overturned by wave action, or upon being caught in natural or manmade structures such as jetties or old housing structures.

Because many spawning beaches are closed in the spring to protect shorebirds from disturbance, the program has many restrictions for how, where, and when walks can be conducted. Partner organizations sponsor beaches with high spawning numbers and recruit and train volunteers to conduct rescue walks following program protocols. While rescuing crabs, reTURN the Favor volunteers identify hazards, known as impingements, and tally overturned and impinged crabs.

In the first three seasons, 101 reTURN the Favor volunteer walk leaders have conducted 514 walks and committed 2,061 volunteer hours. This effort has achieved the amazing result of over 70,000 crabs rescued!

The reTURN the Favor program has gained momentum since its founding in 2013. The Steering Committee, comprised of members from The Wetlands Institute, Western Hemisphere Shorebird Reserve Network, New Jersey Division of Fish and Wildlife, and Conserve Wildlife Foundation of New Jersey, collects data, compiles reports, and sets priorities for upcoming projects.

As we have found, this program provides many important benefits beyond the direct rescue of horseshoe crabs. Perhaps the most important result in our three seasons of experience has been the identification and quantification of impingements which trap crabs. Armed with this knowledge, we are now starting to take on fixing these hazards.

Our first pilot project took place this March at East Point Lighthouse. Data collected in 2014 found that hundreds of crabs, representing a majority of crabs at this site, were rescued from manmade impingements. A group of reTURN the Favor volunteers, in collaboration with state agencies and Citizens United to Protect the Maurice River and Its Tributaries, hit the ground to remove rubble and fill gaps in between the structures of an out-of-use boat ramp. This small-scale project had big results – only 10 crabs per walk were rescued this year from manmade impingements, as compared to 77 crabs per walk in 2014. We hope to continue identifying impingement hazards using data collected through the program in order to conduct more on-the-ground restoration projects.

We thank all who have participated in the reTURN the Favor program so far. Continued momentum of this program will allow us to identify other ways in which to help spawning horseshoe crabs in New Jersey. If you would like to participate in next year’s efforts, please contact us! 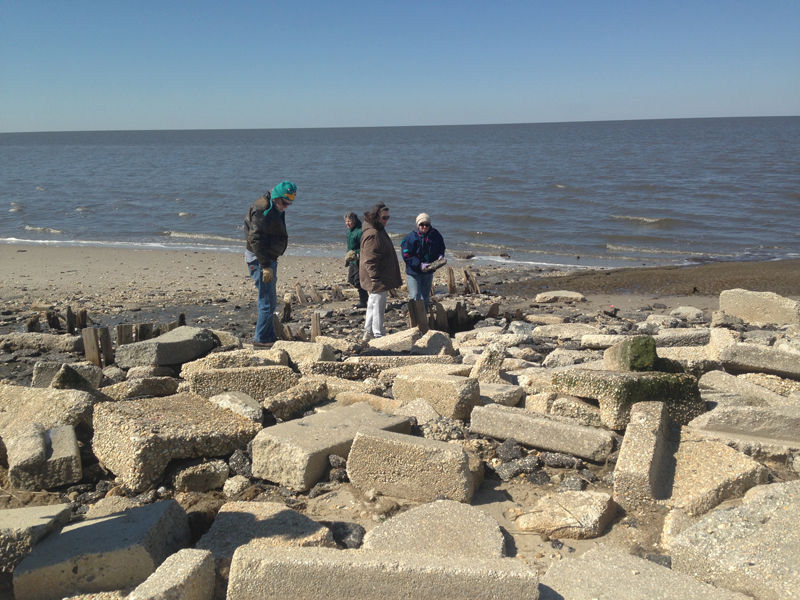