“The support of the Disney Conservation Fund is invaluable to the Institute’s long-term efforts to conserve diamondback terrapins.” Stated Dr. Lisa Ferguson, “The funding will allow us to continue and enhance the Institute’s terrapin conservation projects, many of which were established over 20 years ago. Specifically, DCF’s support will fund continued efforts to reduce road mortality of nesting female terrapins, incubate eggs harvested from terrapins found killed on roadways and raise the resulting hatchlings. It will also fund the continuation of their mark-recapture project, the training of undergraduate interns, and expanded efforts to remove derelict crab traps that catch and kill many terrapins in the surrounding waterways.” 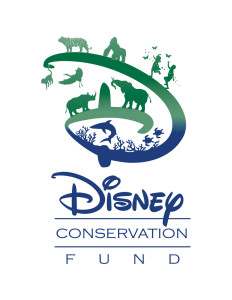 The Disney Conservation Fund focuses on protecting wildlife and connecting kids and families with nature. Since its founding in 1995, DCF has provided more than $30 million to support conservation programs in 115 countries. Projects were selected to receive awards based upon their efforts to study wildlife, protect habitats and develop community conservation and education programs in critical ecosystems.

For information on Disney’s commitment to conserve nature and a complete list of 2015 grant recipients, visit ww.disney.com/conservation.

About The Wetlands Institute: Founded in 1969 by Herbert Mills (Executive Director, World Wildlife Fund US, 1965-1969), The Wetlands Institute is a non-profit organization dedicated to furthering knowledge and appreciation of coastal environments. Our mission is to promote appreciation, understanding and stewardship of wetlands and coastal ecosystems through our programs in research, conservation, and education. We believe that people will value wetlands and coastal ecosystems if they understand how they work and why the health of those systems is so tightly intertwined with our own wellbeing. That belief is the driving force behind all our services. Through our programs in conservation, research, education, and outreach we employ an interdisciplinary approach to inspire people of all ages to care about the environment and to become environmentally literate and involved citizens.